Other Types of Cannabinoids: Looking Beyond THC & CBD

When people talk about the power of marijuana to get you high or help you deal with various ailments, they’re technically referring to the power of cannabinoids.

Simply put, cannabinoids are chemical compounds produced by cannabis plants. Like keys, they connect with various receptors in your body to “unlock” numerous medicinal effects.

There are 64 other cannabinoids.

While two cannabinoids, Delta 9 TetraHydroCannabinol (THC) and CannaBiDiol (CBD) get the most attention, they are by no means the only ones. There are at least 64 other cannabinoids that can produce a variety of positive effects.

These lesser-known cannabinoids are generally present in much lower levels than THC and CBD. They also suffer from a comparative lack of research about their benefits, as well as trail the historical usage and marketing momentum of THC and CBD. With that said, their collective usefulness and name recognition is growing with each passing day.

Read on to learn about a few that many in the cannabis industry consider “the next big things”: 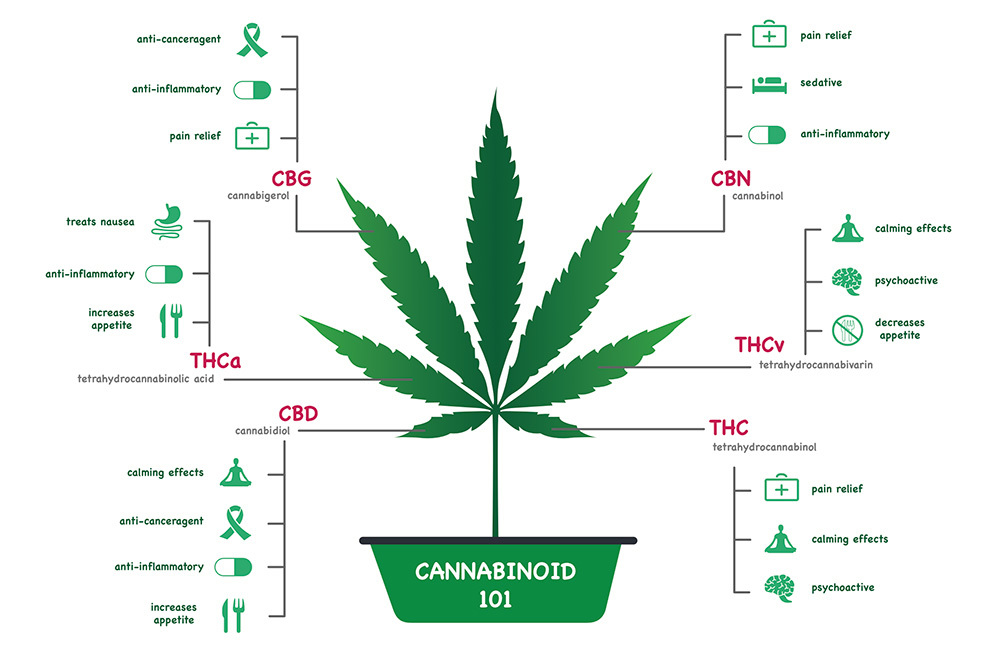 Not only does CannaBiGerol (CBG) have a chance of rivaling CBD in terms of popularity, but both THC and CBD — as well as all other cannabinoids — actually begin as CBG.

All cannabis plants contain CannaBiGerol Acid (CBGA). Enzymes in each cannabis plant break down CBGA into the acidic forms of THC and CBD (THCA and CannaBiDiolic Acid CBDA). Light and heat break then down the THCA and CBDA into THC or CBD. CBG, the non-acidic form of CBGA, is created the same way.

CBG is found in the Magic Jordan, Destroyer, Mickey Kush, and Allen Wrench strains, among others. It won’t get you high, but recent studies indicate that it could effectively treat glaucoma and irritable bowel syndrome, as well as promote bone growth and block the growth of cancerous tumors. 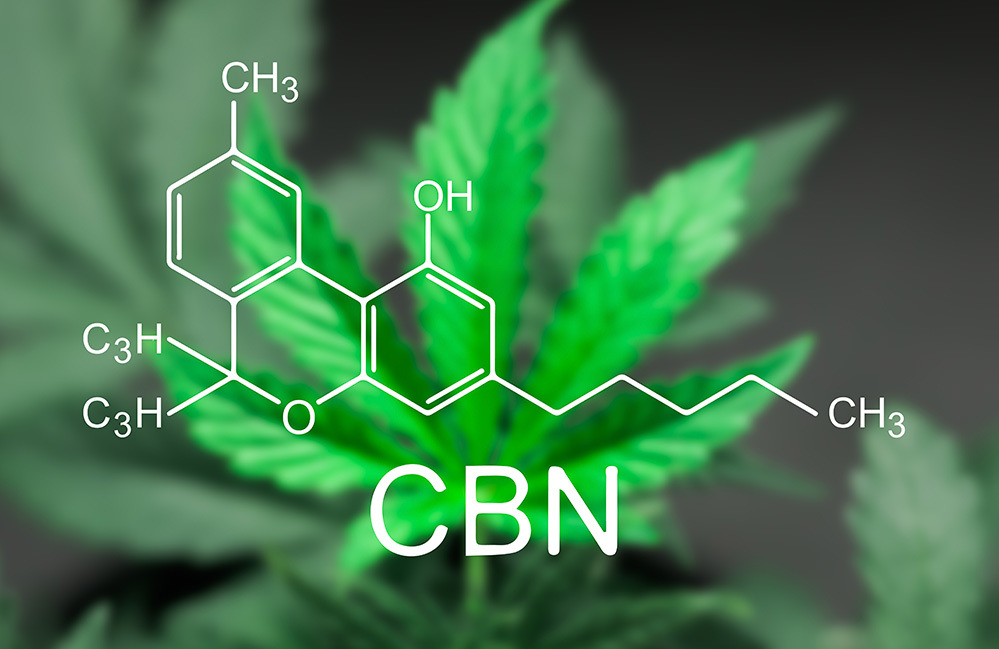 CBN can make you sleepy.

While CannaBiNol (CBN) can get you about a quarter as high as THC, your modest high will be quickly overshadowed by your sudden desire to go to sleep.

Produced when THC is heated or exposed to the elements, CBN’s indica-like effects can be found in the Animal Cookies and Ace of Spades strains. It may help with insomnia, boost bone growth, and combat inflammation. There is also early research showing that it could prove helpful in treating burns.

THCV may prevent the munchies.

Very similar to THC in its chemical makeup but different in its effects, TetraHydroCannabiVarin (THCV) can give you a bright, clear high at higher doses, and CBD-esque effects at lower doses.

Prominent in numerous strains, including Doug’s Varin, Tangie, Pineapple Purps, Durban Poison, Girl Scout Cookies, and Dutch Treat, THCV appears to prevent the munchies instead of promoting them. This has led to research into its potential as an appetite-suppressing anti-obesity drug.

This cannabinoid has also shown promise in treating anxiety in those suffering from PTSD, as well as in preventing seizures in epilepsy patients. Early research also indicates that it could also counteract symptoms experienced by those with Alzheimer’s disease, Parkinson’s disease, and other neurological conditions.

A hidden gem, CannaBiChromene (CBC) has huge potential to help many, many people.

CBC can be found in most strains of cannabis, and while it won’t get you high, research indicates it can produce powerful therapeutic benefits if you’re dealing with pain, inflammation, cancer, or acne.

While CBC is 10 times more effective than CBD at treating anxiety and stress, when used along with CBD and THC, it can be very effective in treating depression. And contrary to many stereotypes about cannabis, a recent study showed that CBC can actually boost brain growth.

THCA won’t get you high.

The acidic form of THC, TetraHydroCannabinolic Acid (THCA) is rising in popularity due to the growing trend of minimal processing within the cannabis industry.

Produced by juicing fresh, raw, unheated or frozen cannabis, this cannabinoid has very powerful anti-inflammatory powers, and can be particularly effective in protecting the nervous system and protecting against cancer. You can also take it in large doses without getting high.

This list only scratches the surface of the huge number of known cannabinoids. Not only is the list long, but scientists are constantly learning more and more about each one. Consult an experienced budtender or contact us about which compound — as well as which strains, doses, and delivery methods — meet your specific needs.